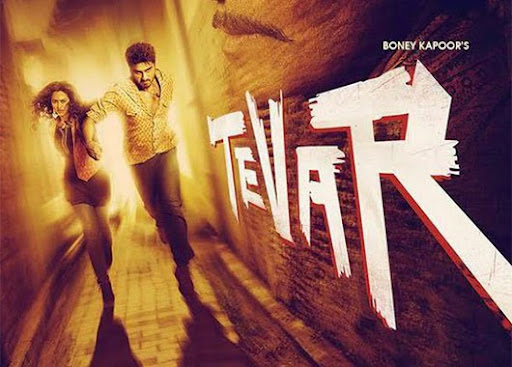 2014 proved to be an average year for Bollywood with only two Blockbuster movies Kick and PK.There were around 201 releases this year and only 21 managed to do good business.
Tever is the first release of 2015.It features Arjun Kapoor and Sonakshi Sinha.Mostly first movie of every year failed to put good numbers on box office.This is the trend for almost 15 years with very few exceptions.In fact January is the worst month for Bollywood movies as for box office numbers are concerned.
But Tevar released on 9 January managed to put up decent numbers on day 1.It released on 3000 screens.
Tever started on the lower side with occupancies of 45-50% in the morning shows.As the day progressed movie picked up at some centres.In the evening shows occupancies were in the range of 50-60%.
It performed very well in the south due to feel of the movie.The best collection will come from Mumbai.But Tevar was below average or even poor in the north belt.

According to early estimate Tevar will collect approximately 6.50 crore on day 1.It can go a bit higher if the night shows witnessed a jump.This is a decent collection being first movie of the year.Also it had competition from PK and Hollywood film ‘Taken 3’.But still Tevar day 1 box office collection are considerably good.
PK was down for the first time after its release due to competition from Tevar.But it will have a good jump on Saturday.
Tevar may not  show growth over the weekend due to negative reviews and mixed word of mouth.Arjun Kapoor had a good last year as his both movies Gunday and 2 States were box office success.But it seems that Tevar will not be profitable venture for Arjun Kapoor.
Stay tuned for more updates.
0