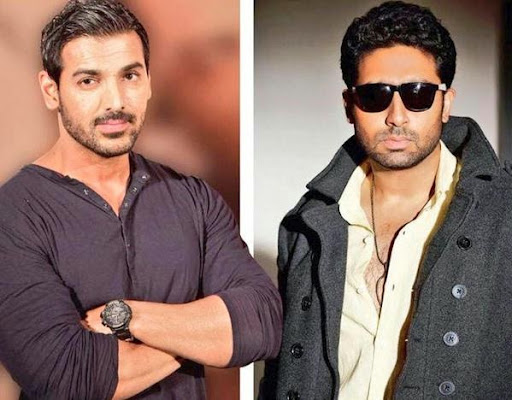 Hera Pheri 3 has been confirmed finally.It will feature Abeshik Bachchan and John Abrahim in the lead role.Hera Pheri 3 will also cast Paresh Rawal and Sunil Shetty who will reprise their roles.It will be directed by Neeraj Vora who also directed sequel of Hera Pheri.
Hera Pheri 3 will go on floors this year and its shooting will be started soon.It will be produced by Freoz Nadiadwala.Hera Pheri 3 release date will be announced in 2016.
Abishek Bachchan and John Abrahim will be seen together after seven years when they acted together in Dostana.Their chemistry was extremely liked by audiences and they also received best couple award.
Hera Pheri 3 will not feature Akshay Kumar who was present in first two parts.We wonder whether audience will accept Hera Pheri with out Akshay Kumar.
Hera Pheri which was released in 2000 is considered as the best comedy movie ever in Bollywoood.It gave us the hilarious characters like Babuaro and famous dialogues “Ye Baburao Ka Style Ha” and “Khopdi Tor Saale Ka”.
Tell us if you like the new star cast of Hera Pheri 3.
34.050211472.6846138
0